During the winter of 2012/13 we had a hen blackbird take up residence in our garden. This is not unusual as we take delight in providing food and water in those dark months and are richly rewarded by the sight of not only our common year round avian friends but many of their country cousins which migrate south for the winter. What marked this particular blackbird out from the other blackbirds was its rather scruffy appearance, a slightly over large beak and a noticeable bald patch on the back of the neck. Probably, we thought, due to an over enthusiastic male during mating. However it became very friendly and came to wait patiently outside the kitchen window for us the throw it a special ration all its own. I swear from the look in its eye that it said thank you. Not surprisingly we named her Scruffy. And with the Spring she was gone, no doubt to do what blackbirds do, and hopefully rear a brood of healthy young. We thought no more of her.
It was a surprise that this last winter who should turn up but our very own Scruffy. But oh what a difference there was in her, for if anything she was more scruffy than before, still with that bald patch that marked out from the rest of the blackbirds in the garden, but now with a poor leg that could barely take her weight. Her flight was poor and she seemed to spend a lot of time hanging around the house either behind two large flower pots or under a spreading choisya. Not that she could not hold her own under the bird feeder and was quite capable of seeing off rival blackbirds for the bits dropped by the tits, its just she could not manage getting on the feeder itself. Slowly through that winter her condition deteriorated and came to rely on us to provide food sitting quietly while we placed seed near enough not to frighten her yet shoo away rivals. That look she gave us, was she really trying to say something?
As the winter cold turned to warmer days it was noticeable that her poor leg was worse and would sometimes give way leaving her staggering to stay upright. The other blackbirds now coming into condition were beginning to establish their territories and take on all comers and poor Scruffy was now fair game. More than once we rushed out when she was pinned to the ground by a squawking ball of feathery fury and for her to retreat behind those flower pots. She still came each morning for breakfast but now took to sitting forlornly in the middle of the lawn which was perhaps not the best place to be with the innumerable local cats and hungry Sparrowhawk that feeds on the birds that had fed from our bird feeder. What was she trying to tell us? Then one morning she did not come for breakfast - and our friend was gone.

Why is it that we need to ascribe humane emotions to animals, it is after all rather illogical. The blackbird came because it got an easy meal, the other blackbirds knew this too, so we shooed them away, we were conditioning the bird to act in a certain way for reward. Pavlov came to much the same conclusion with his experiments with dogs. And talking of dogs, why when you take away a dog from its pack do we think it is loyal when it adopts you as its new pack. Whereas cats on the other hand being solitary creatures we think of as being aloof, looking at us with distain or indifference. The fact is Scruffy was nearing the end of her natural life and we felt sad for her because she could not. The new dominant pair in the garden were her natural successors in the order of things, and in time if they do not fall victim to predators, would be succeeded in turn. As for the new cock bird strutting his stuff as if King of our garden, well we could not help ourselves but give him a name as well, we call him Putin! 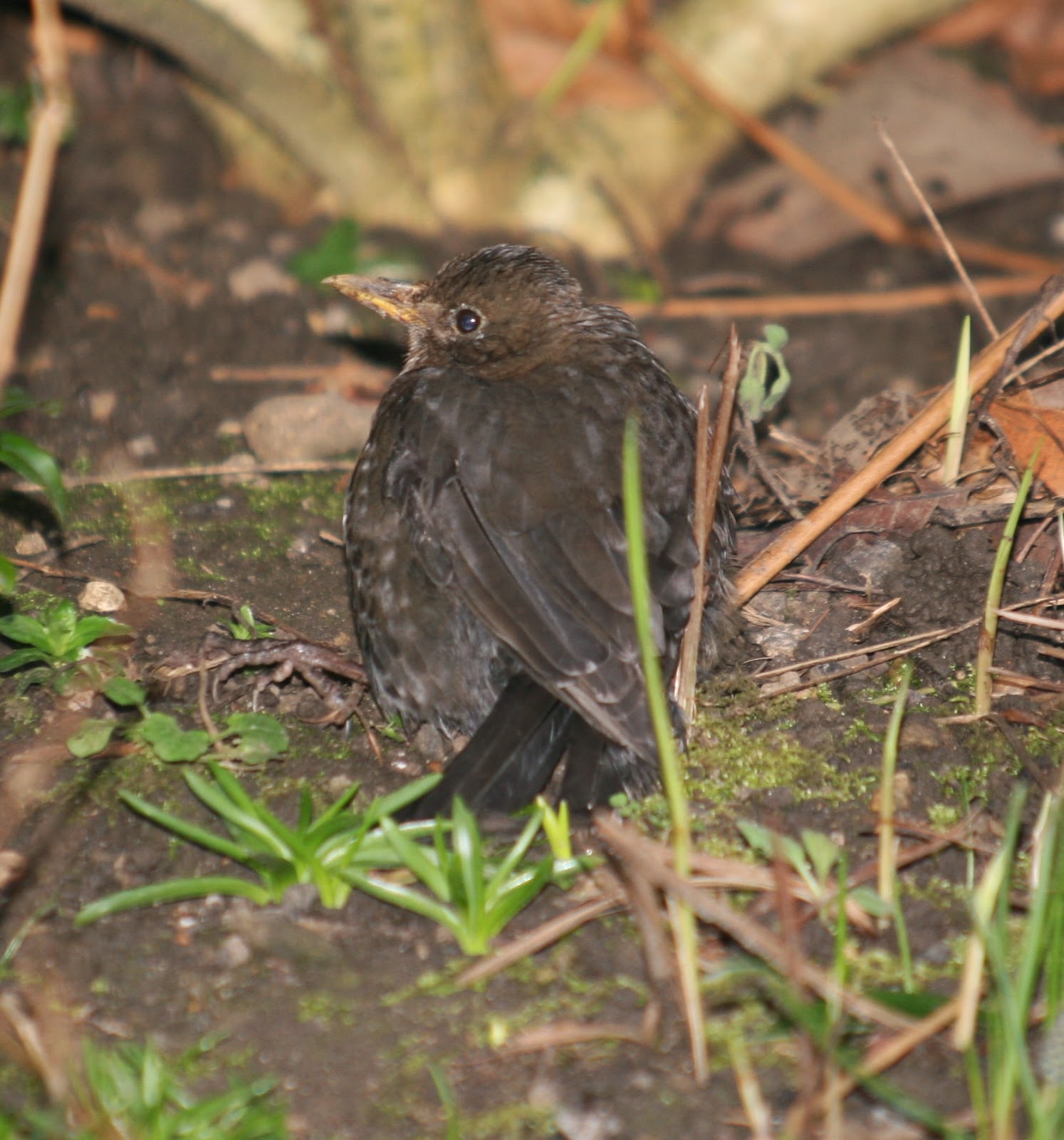