Wet ever the Weather

What would we talk about if it was not for the weather? we have had it all in the last twelve months. Too hot, too cold, too dry and now way too wet, and with a new growing year on our door step we tentatively prod the soil only to find it sodden. Not only has it been wet but it has been so mild that the seasons have crashed into each other so that while we need to prepare the ground for sowing we are also getting good pickings from crops that should have long since gone. Thankfully it is now going to seed and we can get going clearing it away and digging over the sticky ground for sowing, but as one allotment holder ruefully observed 'the weather may feel like April but the ground is still in the winter'. Unfortunately tramping over the plot while its like this will lead to soil compaction which while it may be great for Brussels sprouts (one old timer reckons you should plant your seedlings with a crowbar!) is not so good for making a seed drill. Seeds do like a nice crumb for the roots to grow well. 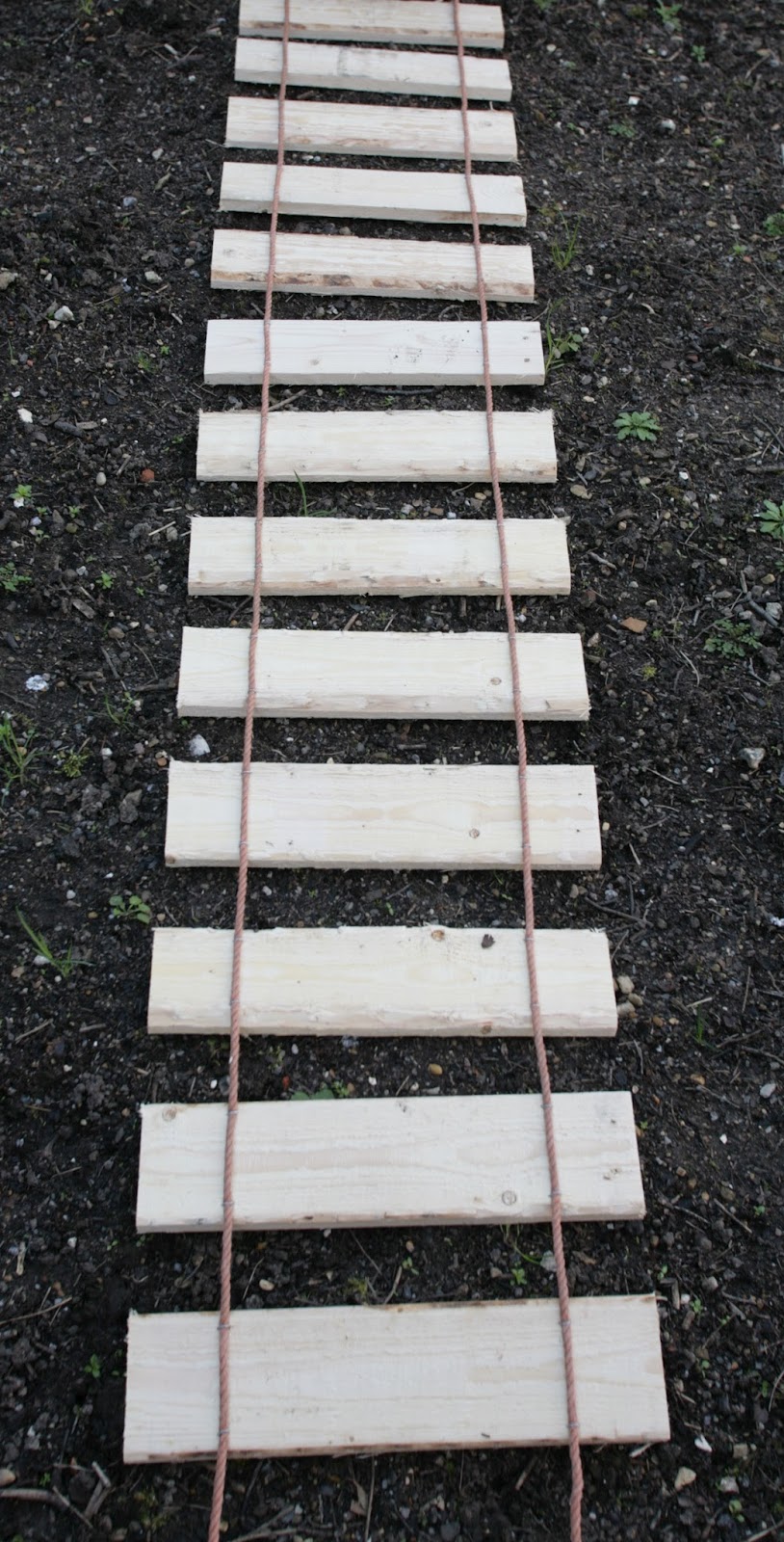 Now its at this point those who have the sense to use raised beds are asking 'what's he on about' as they never need to tread on the bed or do much more than rake it over after clearing and adding a mulch of compost so leaving the worms to do the digging. Never having been blessed with a great deal of common sense I instead look for complicated solutions to simple problems and sometimes come up with an idea that's worth passing on.

If you can displace your weight then soil compaction can be kept to a minimum, and in days gone by that was usually done with a plank but if you have dug in compost you will probably have a bit of a camber that will set you see-sawing like a drunken tight rope walker. Instead get hold of a pallet (where would allotmenteers be without pallets) a length of polypropylene rope and a handful of staple nails. Cut the pallet, once you have wrestled it apart, into lengths that are convenient for you (mine are 40cm) and the rope into two 3m pieces. I use poly rope because it never rots and the ends can be melted to stop them fraying. Now space the pallet wood far enough apart that you will always be standing on three and then staple the rope to the boards with two nails each. What you now have is a very portable platform that can be rolled out to work from, that will follow the contours of the soil, and be rolled up again for storage.  Simples!

An update about my penchant for old tools (boys and their toys) is that on a visit to a recent car boot sale I came across a lovely old scythe anvil that came from France, according to the stall holder, which I snapped up. At home in the workshop I peened the edge of my weed blade and it came up a treat and is now sharper that it has ever been. And the cost - £5, a bargain! 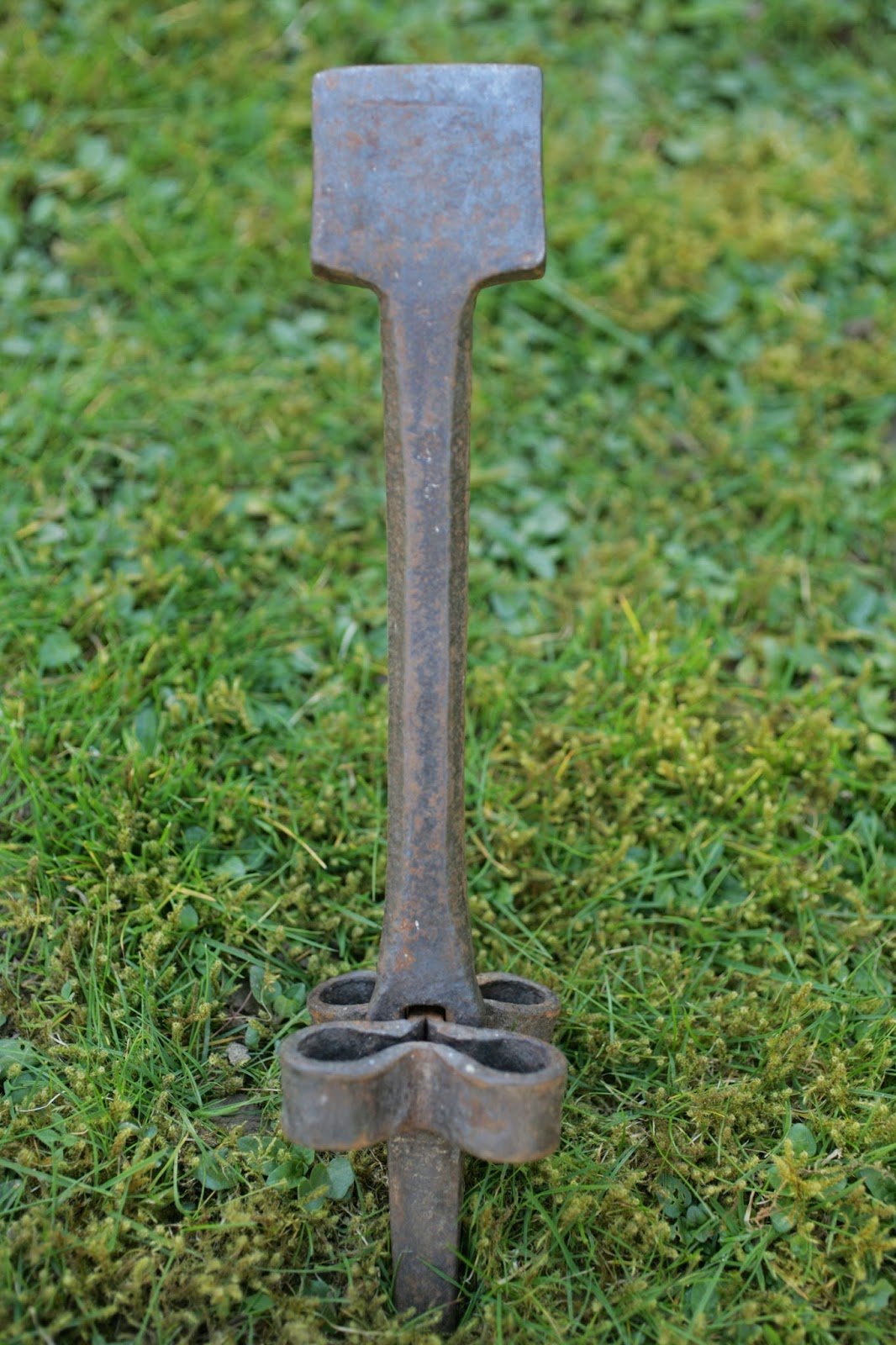