'Never cast a clout till May is out' is I guess a saying that most people have come across at one time or another, but you would be mistaken to think that it means the month of May as do other old sayings such as:-

The wind at North and East
Was never good for man or beast
So never think to cast a clout
Until the month of May be out.

Rather it refers to the Hawthorn, also known as the May tree or May blossom, which is a very common tree of English hedgerows especially since the enclosures when it was used for its fast growth. They all however warn against leaving off your outer garments (clouts) until this rather changeable month has past.

For me it is not only the May blossom that heralds the change from winter to summer but the bluebell Hyacinthoides non-scripta that carpet our deciduous woodland floors as the fresh green of emerging leaves appear (you won't find that colour on a Dulux chart). The bluebell can be found throughout northern Europe but the largest concentration is in England where almost 50% of the worlds bluebells can be seen. So popular is this sight that it is a tourist attraction not only now but also in the past when special trains took sightseers to the Chiltern hills to see the spectacular displays. Also flowering at this time is the Wild Garlic and where they mingle such as on the banks of the river Mole beneath Box Hill it is particularly attractive. Although common it is still none the less under threat from the loss of ancient woodland, taking from the wild, and to a lesser extent hybridisation with the Spanish Bluebell.


I think they are spectacular, but judge for yourselves:- 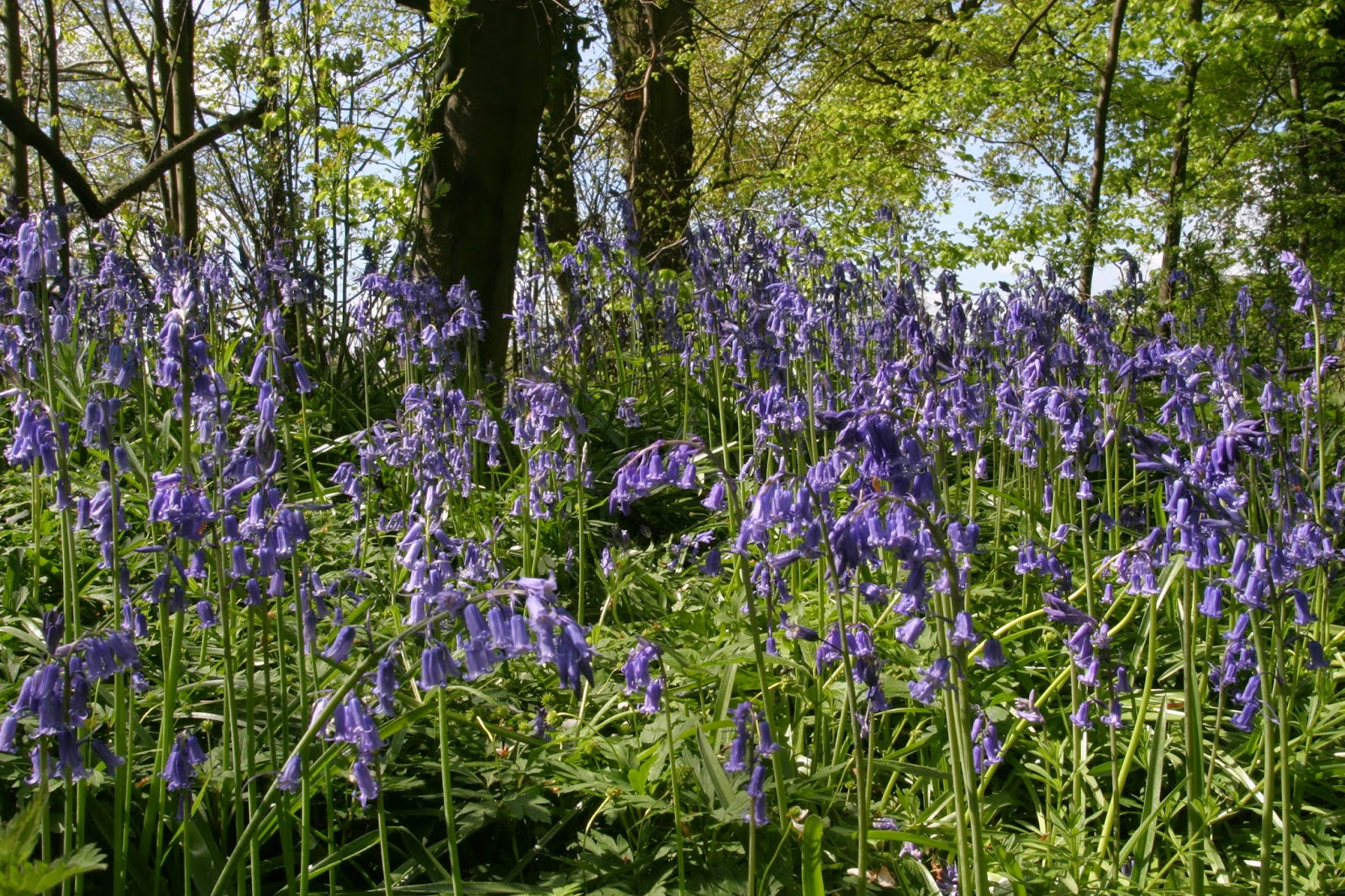 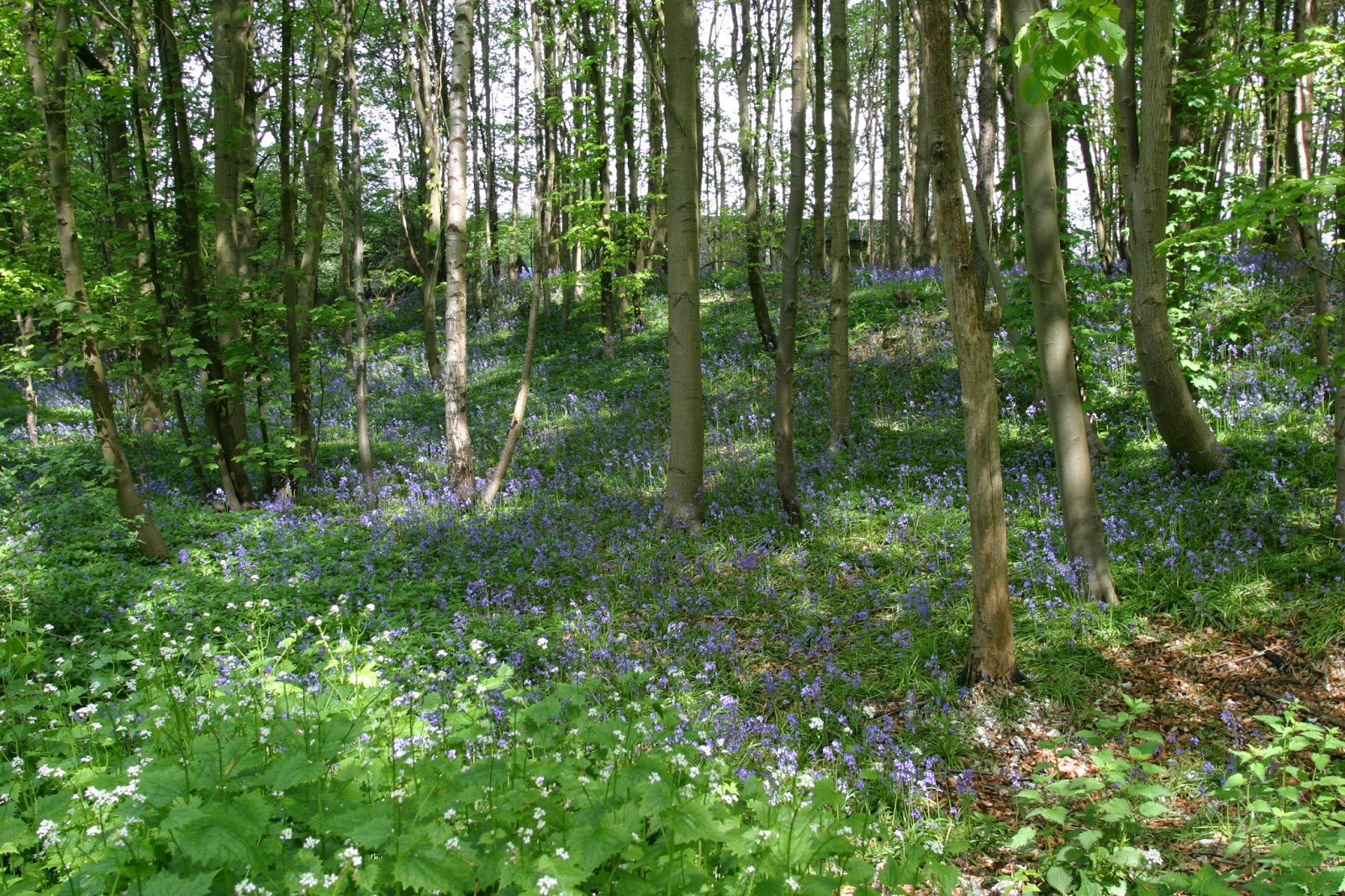 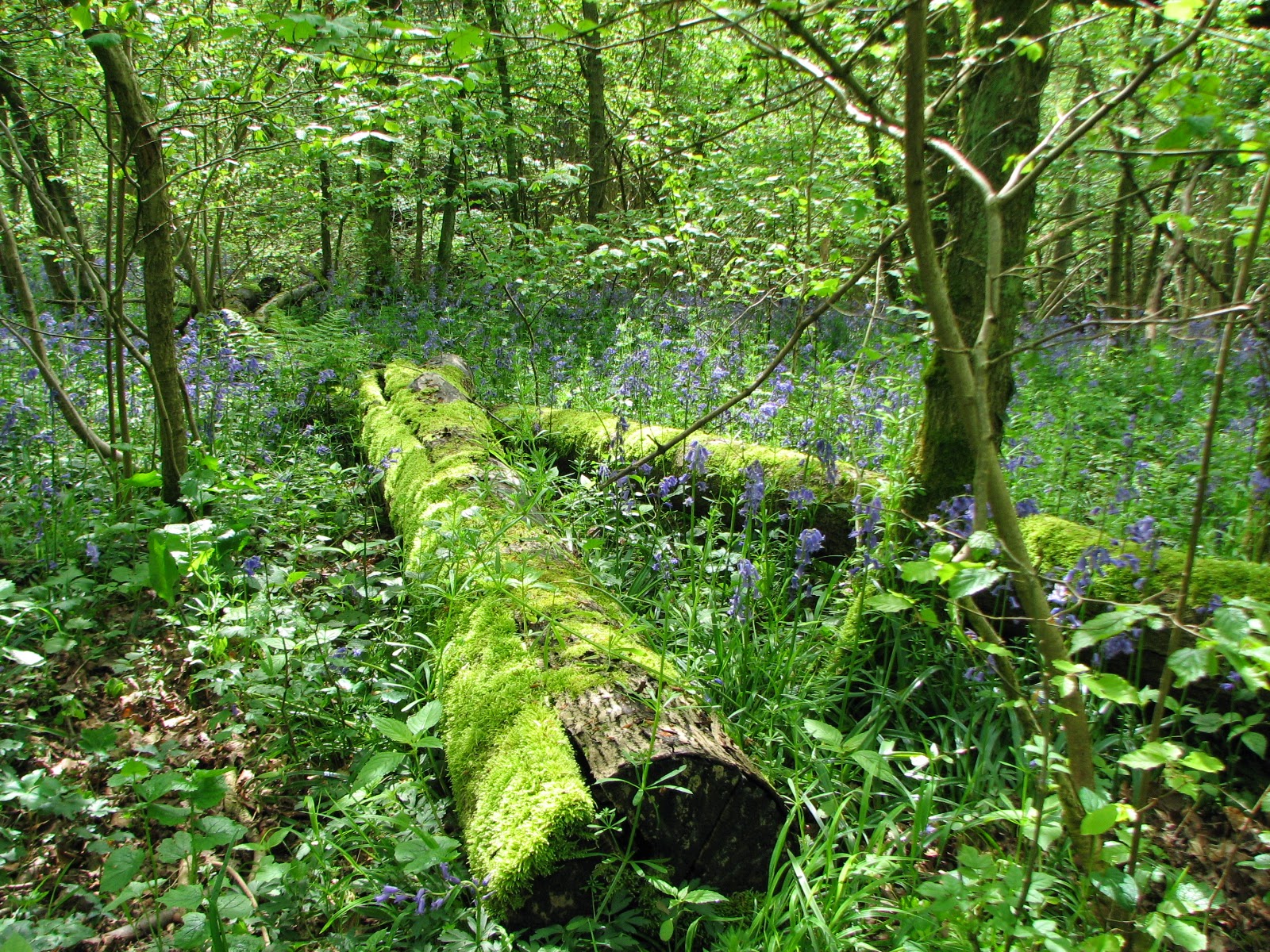 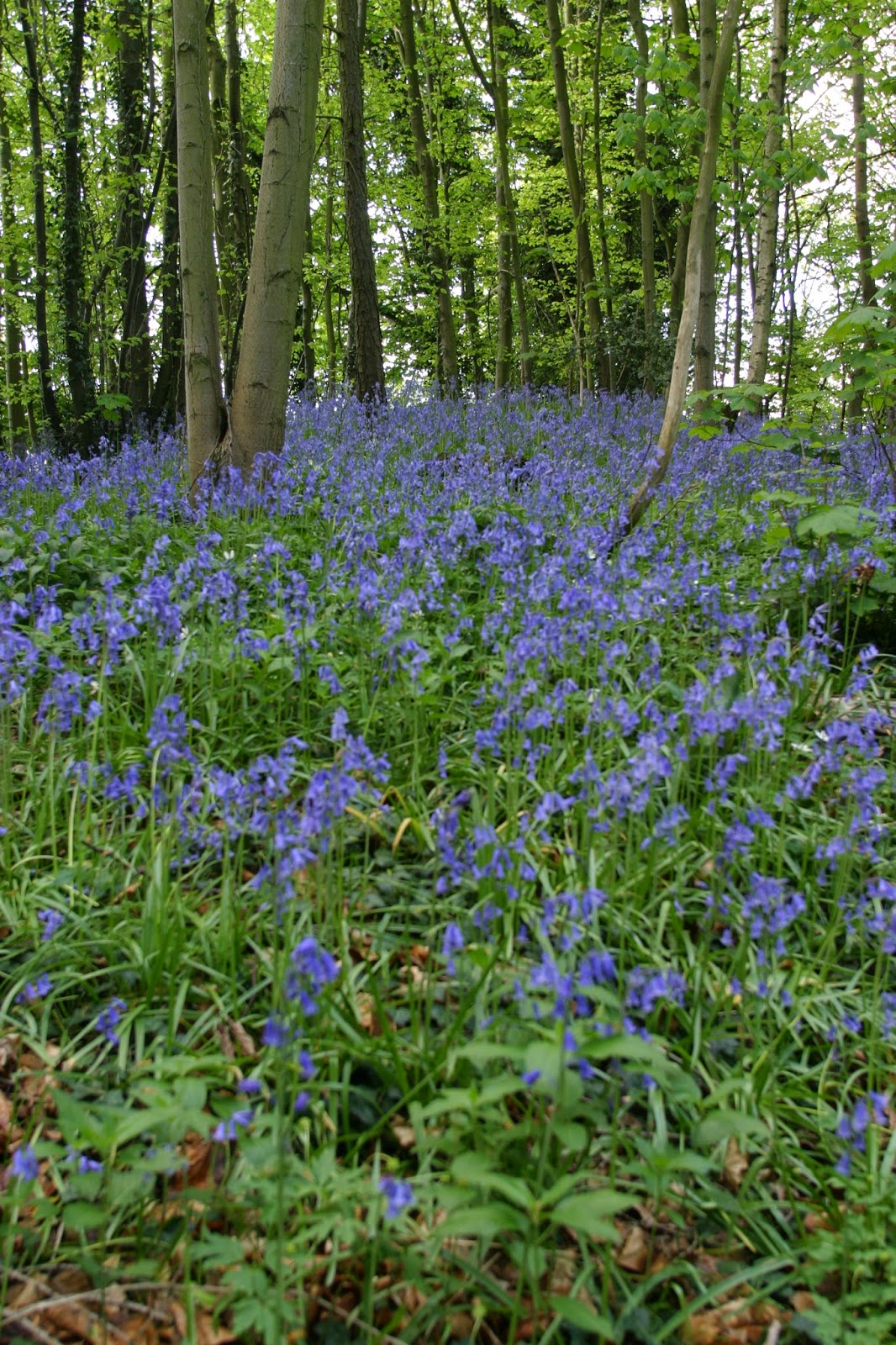 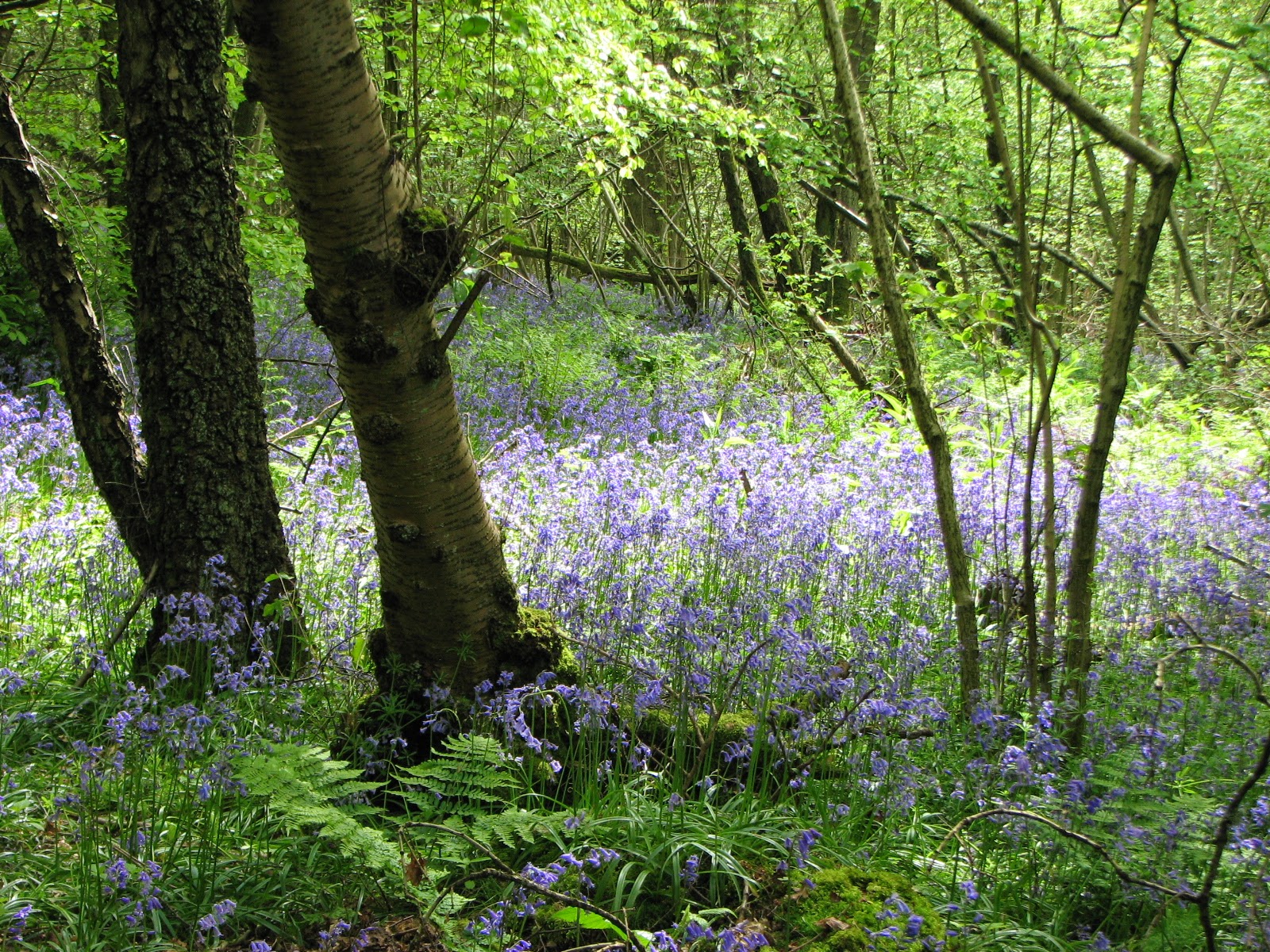 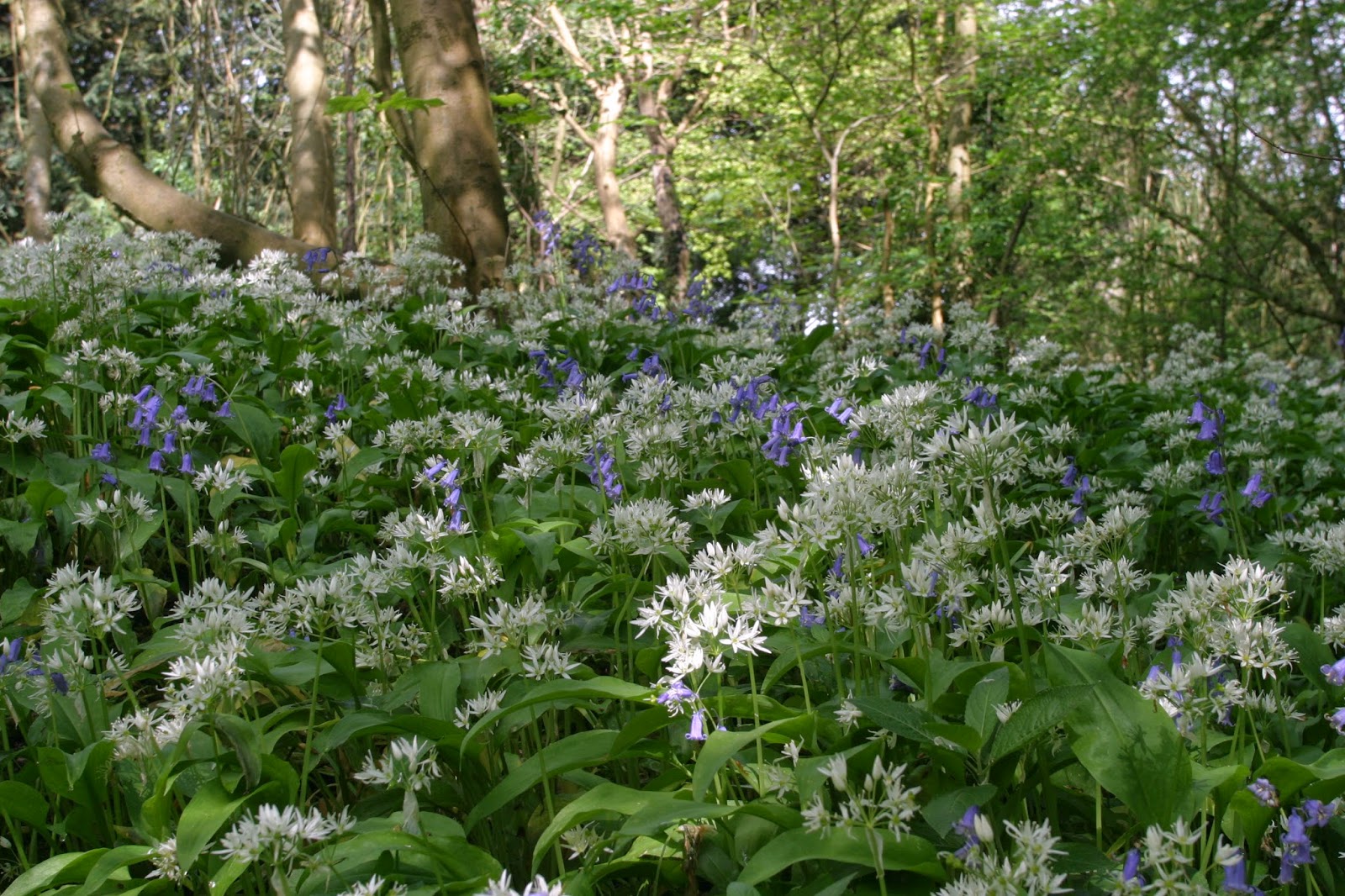 Posted by Dick Woodman at 19:34 No comments:

Now that Easter has come and gone, Good Friday was the traditional day on which many decades ago the labouring poor of this country (and by that I refer to the agricultural poor) used to plant the humble potato. It did not have much to do with the weather as Easter is a movable festival falling as it does on the first Sunday after a full moon following the Spring Equinox, a formula devised way back 325, meaning that it could be either end of April. It was however everything to do with it being the first day of the year they had off and vital if they were not to starve. Time off for the labouring poor was a rare thing when the attitude of most farmers was that if workers had the energy to work for themselves they were by definition stealing it from their employer. Such attitudes prevailed even into the 19thC and was one often quoted as a reason not to provide allotments even though the enclosure acts had striped land from the poor, their only means to provide food for the table. Thankfully the clergy had the compassion to provide Church lands and persuade enlightened landowners to do likewise.

Anyway back to the potato. It is a small lumpy parcel of goodness containing as it does all the vital nutrients including vitamins A,C and D that ten people would need to supply their annual energy and protein needs from just one acre, just add milk for the calcium. In fact Parmentier when taken prisoner by the Prussians in the Seven Year's war (1756-63) lived on nothing else and made it his mission in life to convince the French of its value, which he did, and when he died in 1813, by way of gratitude they erected a statue of him in Paris and named a potato dish called crepes Parmentier after him.

The next 100 years saw a frantic rush to breed ever more varieties and although it did not match the tulip mania seen in Amsterdam some quite giddy sums were paid for new cultivars. In 1874 a potato show at Alexandra Palace in London there were 1500 dishes of potatoes being exhibited which seems extraordinary now but in retrospect there must have been a huge problem with synonyms as seed catalogues in the early 20thC listed 200 of the variety 'Up to Date'. In 1919 the Institute of Agricultural Botany in Cambridge formed the synonym committee to make sense of it all and with the application of science came order.

Now most people will know that the potato comes from South America and is really not suited to our wet humid climate so is susceptible to an awful lot of problems both bacterial and fungal of which Phytophthora infestans (blight) is its nemesis. To this end most research into breeding, such as that carried out by the Savari Research Trust, has been to select and cross varieties to produce a potato such as Sarpo Mira that is resistant to P.infestans. Trouble is I didn't find it cooked  or tasted particularly well.

A better approach is to ensure that the seed potato starts clean and this is done in the laboratory where 'nuclear stock' is micro propagated to produce guaranteed disease-free 'minitubers' that can then be grown 'on' on farms that are inspected to ensure quality. Under EU standards they end up either 'pre-basic' (the best), 'basic' or 'certified'. The basic is allowed a degree of disease but below basic 'A' it can not be sold  as seed and in Scotland (where most seed potato is produced) certified is not permitted at all. So just as long as you buy from reputable seed merchants and look to see that the labels have 'safe haven' or similar on it you will be safe and providing the weather is good to you as well get a good harvest.

﻿
This year I am growing 'Rocket' in tubs on the patio which went in on 25th Feb so we'll have salad potatoes for June. On the allotment have gone 'Apache', 'Red Duke of York' and 'Kestrel' 14th March as first and second earlies for lifting before blight arrives and at home main crop 'King Edward' and 'Maris Piper' 28th March because I can keep an eye on them.
﻿﻿﻿﻿

If you want to know more about potatoes then I highly recommend you look at Alan Romans 'The potato Book' and 'The story of the Potato' by Alan Wilson as well as look on line at The British potato Database www.varieties.potato.org.uk. Happy growing.

P.S. An update to an old blog 'serendipity', the fruit cages are now finished and to mark the occasion a sign erected - in pallet wood of course. I am already looking forward to the 'fruits' of my labours and our feathered friends will just have to go and nick it from someone else. 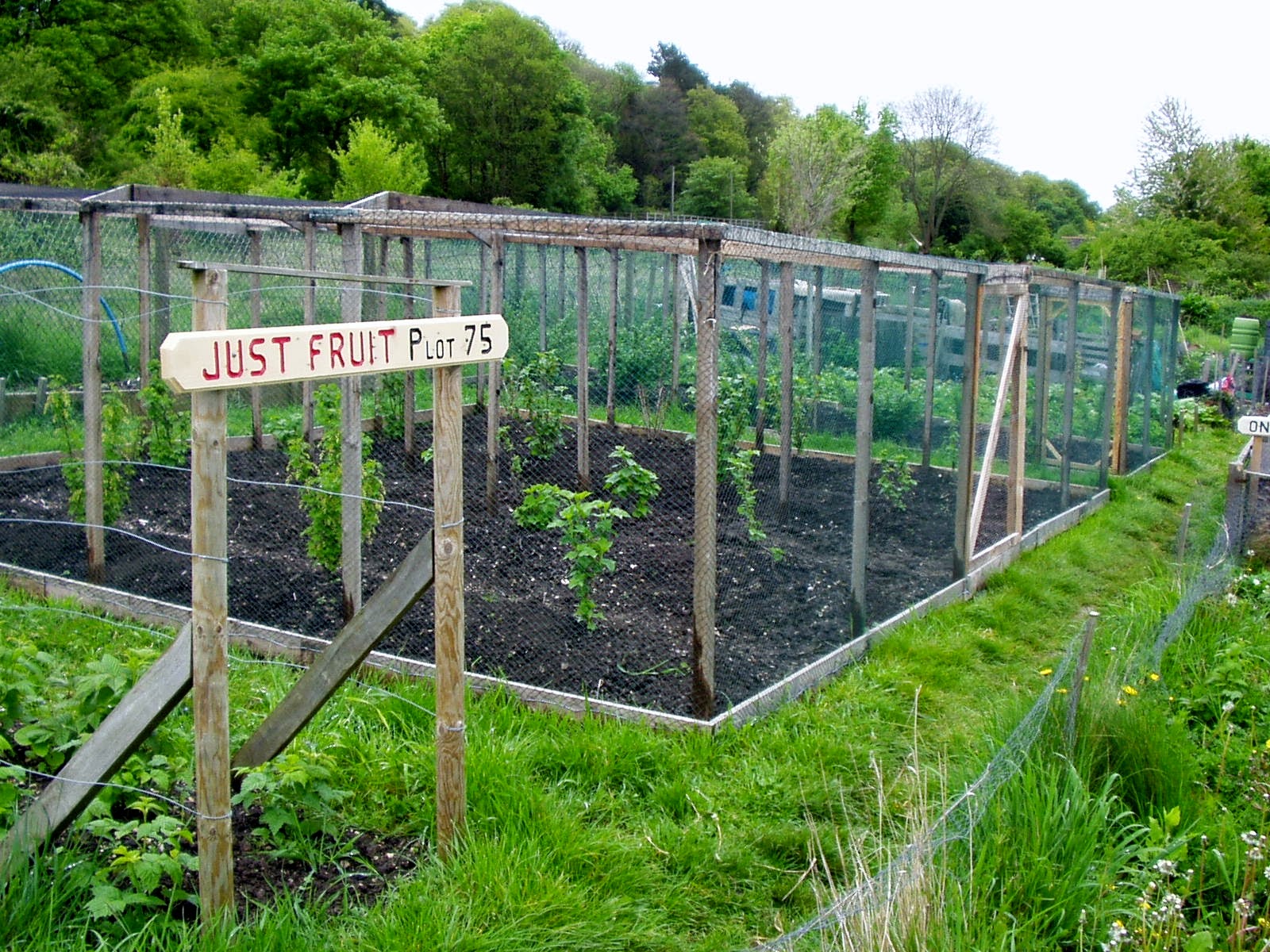